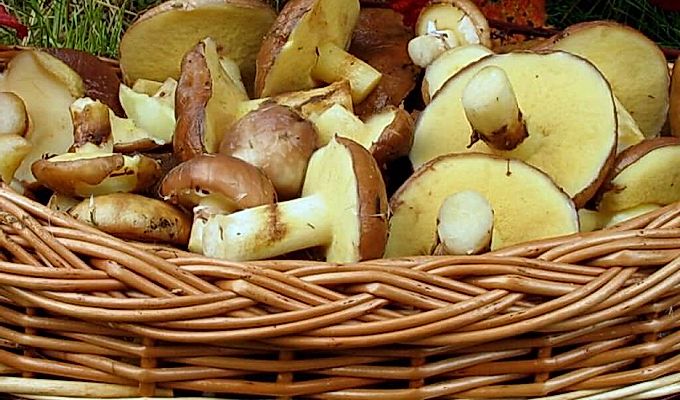 Among the abundance of forest mushrooms, there are also those who have managed to become truly universal favorites. Butterlets are one of them. They are easy to harvest, delicious and nutritious, and incredibly healthy.

Where to collect and how to find out

The boletus got its name because of the slippery and oily to the touch cap, which is the main feature of these mushrooms. It can be convex or flat in shape, but it is always smooth and sticky. The flesh of butter is white or yellow, but on the cut it turns blue or red under the influence of air.

Distributed in the European part of Russia, in the forests of Belarus and Ukraine. Experienced mushroom pickers say that boletus grows in sunny glades in pine forests or among young spruces [1]

Larch type of mushrooms, as the name implies, grows in deciduous forests. Young representatives have a convex hat, old ones have a flat one. These mushrooms are yellow-orange or brownish in color.

Summer boletus (also called granular) are found in pine forests. Their caps are colored yellow-brown or even brown, and their creamy flesh slightly smells like fruit.

Late (or common) boletus is the most common type of mushroom. They are popularly known as real or yellow. They are recognized by their sticky, reddish-brown hat, under which a deep yellow tubular layer is hidden. The pulp is white or yellowish. Favorite places of late boletus are among moss and blueberry thickets.

In addition to edibles, there are also false boletus that should not be eaten. Their main feature is a red (instead of yellow) spongy or lamellar layer under the cap. False mushrooms turn yellow on the cut. The inner part of the cap of the venomous specimens is gray, and the stem is tinged with purple [2]

Butterlets bear fruit from May to October in three stages: the first is when flowers appear on the pines, the second is when lindens bloom, and the third is when the crops are harvested from the fields. 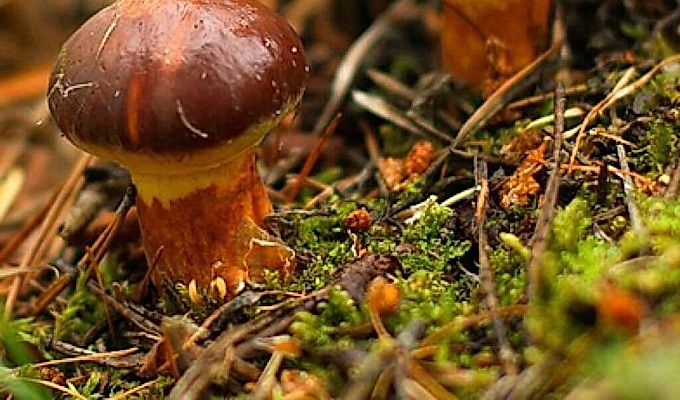 Like most forest mushrooms, boletus is 90% water. But this does not mean that they lack nutrients. On the contrary, they are rich in fiber, proteins, minerals, vitamins, carbohydrates. Some believe that boletus mushrooms are even superior in their beneficial properties.

Analysis of proteins that make up butter showed that they are almost identical to animal proteins. Mushrooms contain essential amino acids, but their quantity and composition will vary depending on the age and soil on which they grew. Most of the proteins can be found in young mushrooms, more precisely in their caps, since the legs are less saturated with nutrients. It is also interesting that a kilogram of dried butter contains almost three times more proteins than the same amount of beef or fish [3] nutritionists, the body assimilates mushroom proteins worse than meat proteins. But properly prepared boletus is an excellent source of useful components.

Another important element of fungi is chitin (the one that makes up the shells of mollusks). A high concentration of this substance is found in the legs of mushrooms, which makes them harder than the caps. Because of this, some refuse this part of the product, which is not always justified. Chitin is a type of plant fiber, which, in addition to the well-known benefits (quickly satisfies hunger, regulates the digestive tract), absorbs and removes toxins and other harmful substances from the body.

If we talk about vitamins, then boletus belongs to the record-breaking products for the content of B vitamins. In terms of the concentration of these nutrients, they can compete with fish, liver, grains and butter. In addition to B-substances, oils contain equally useful vitamins A and C. And at the same time, they remain an extremely low-calorie product: 100 g of fresh butter contains no more than 19 kcal [4]

The medicinal use of mushrooms is not new. This practice is over 2000 years old. In Russia and China, traditional healers regularly resorted to this category of products for the treatment of a variety of diseases. Many peoples have traditionally used oil extract for the preparation of libido-enhancing agents. And thanks to the resinous substances that make up these mushrooms, they were used for embalming.

Modern studies have shown that oils, in particular in the sticky skin on the cap, contain substances with antibiotic and immunostimulating properties [5] for treating gout, headaches, visual impairments and metabolic processes. To improve the functioning of the nervous system and strengthen blood vessels. These mushrooms are useful as a tonic and tonic. They are important for the prevention of salt deposits and for the improvement of gastric acid secretion. Thanks to the lecithin found in mushrooms, this product is useful for lowering cholesterol levels and preventing the formation of atherosclerotic plaques.

Well, old recipes have not been forgotten either: butter oil is still used as an aphrodisiac. Today it is known that the effectiveness of this "love potion" is determined by the zinc in the caps. This substance has a beneficial effect on sperm motility, increasing their ability to fertilize.

To prepare a remedy, you will only need hats. They must be finely chopped and folded into a liter jar. Pour the prepared mushrooms with vodka, insist in a dark place for two weeks. The filtered infusion is taken in a teaspoon before meals. Can be diluted with a glass of water. This remedy was used in the old days to treat diseases of bones, joints and muscles, as well as for migraines. 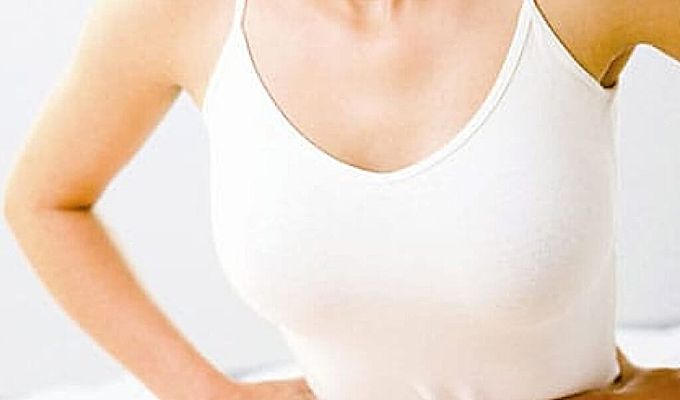 The special structure of fungi and their porous structure contribute to the rapid absorption of harmful substances from the air. For this reason, even edible boletus collected in ecologically unfavorable areas turn into poisonous. They cause poisoning, accompanied by indigestion, nausea, vomiting, and fever. It is important to know that the cap absorbs the most toxins.

Incorrectly cooked mushrooms are poorly absorbed by the body, so it is important to adhere to the rules for preparing butter. In addition, it is advisable to exclude this product from the diet of young children and people with digestive disorders and chronic diseases of the gastrointestinal tract (3).

How to prepare and what to cook

Before cooking, the mushrooms must be carefully sorted out, discarding unfamiliar or suspicious specimens. To clean the sticky caps of needles, leaves and particles of earth, the oil is poured with cold water for a while, then rinsed. Before cooking, it is advisable to fill the mushrooms with salted water again (for about three hours). This technique will get rid of all insects and worms "lost" in the pulp.

To make butter dishes tasty and safe, they must be well soaked in cold water before cooking and boiled until cooked. At the same time, it is important not to mix representatives of different species. Nutritionists advise taking finely chopped mushrooms for dishes - this way they are better absorbed by the body. Another highly digestible option is dried and powdered. In this form, they will suit most dishes. It is recommended to store ready-made dishes from butter in the refrigerator for no longer than 30 hours.

Any kind of butter can be used to cook boiled, stewed or fried dishes. But when choosing a cooking method, it is important to understand that heat treatment affects the concentration of nutrients in the product. When making reserves for the winter, in order to preserve maximum vitamins and minerals, it is better to dry the mushrooms than to pickle them.

And one more piece of advice from experienced chefs. Butterlets of the first wave, that is, early ones, are suitable for making soups, stews and seasoning with dried mushrooms. But salting them is undesirable. But the mushrooms of the second and third waves are ideal for pickling and salting.

And if the early mushrooms are considered the most fragrant, then the late autumn ones are the most nutritious and delicious.

For cooking, you will need washed and cleaned oil. Boil the mushrooms until tender with 1-2 onions, drain, chop into small slices and fry in oil with two raw chopped onions. Close to the end of cooking, salt and add other spices. The boletus prepared in this way can be stored in the refrigerator as "raw material" for future soup or stew, added to stewed potatoes or meat. 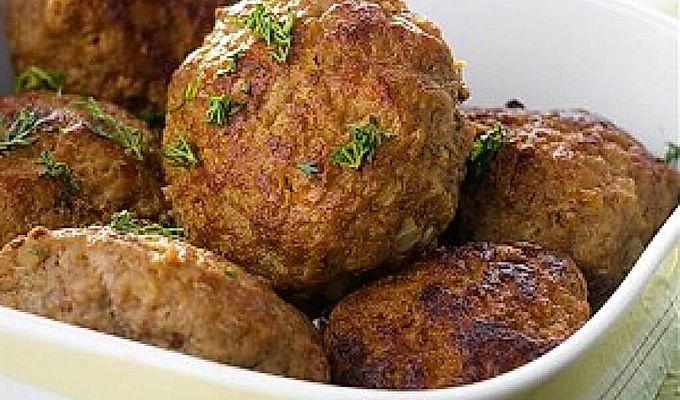 Grind boiled boletus, add chopped onion (can also be ground), a little bread soaked in milk, an egg. Season the minced meat with salt, pepper, and other spices if desired. Form cutlets from the finished mixture, dip in breadcrumbs, fry.

At the bottom of the ovenproof dish, place a few slices of butter and sliced ​​raw onions. The second layer is boiled and then fried butter oil. The third layer is sautéed onions. The top layer is potatoes. Pour all over with salted sour cream, sprinkle with dill and bake in the oven.

You can pickle butter in several ways. Some recipes suggest using only caps, others suggest taking small young mushrooms. In any case, it is undesirable to mix old and young specimens in one jar.

Peeled mushrooms (be sure to remove the film on the cap - from it the mushrooms darken and get a bitter aftertaste) boil with an onion. Throw the ready butter in a colander and, while the excess liquid drains, prepare the marinade. It will need 1.5 liters of water, 6 percent vinegar (150 ml), 1.5 tbsp. l. salt, 2 cloves buds, 2 bay leaves. Arrange the mushrooms in jars, pour over boiling marinade and sterilize before rolling (liter jars - 25 minutes, less - 15 minutes).

How to grow mushrooms yourself

For growing oil in the country, a site under a coniferous tree is better suited, but if one is not found, you can try to germinate under a deciduous tree. It is desirable that it be a 10-15-year-old tree, under which a light shade is formed.

As for the soil, acidic soils and enriched peatlands are ideal for oil. [6]

The correct "bed" for oil consists of several layers. To create it, you will have to remove the top layer of soil to a depth of 20 cm. The bottom must be covered with plant materials in the form of mowed grass, fallen leaves, wood, pine needles. For the second layer, it is recommended to use the soil from the place of the forest mycelium (in an extreme case, the usual garden one, previously enriched with humus, will do). Sow the finished bed with mycelium, cover the top with a thin layer of leaves and a small amount of garden or forest soil. In a drought, the mushroom bed needs to be moistened. The first crop will appear in a year. The mycelium created in this way bears fruit for 10-15 years.

Butter mushrooms are incredibly tasty and healthy mushrooms. But, getting out into the forest, in no case should you collect unknown specimens. The same rule applies when buying a product on the market. Only edible mushrooms can be beneficial. Otherwise, a jar of pickled butter can turn into poison for the whole family.