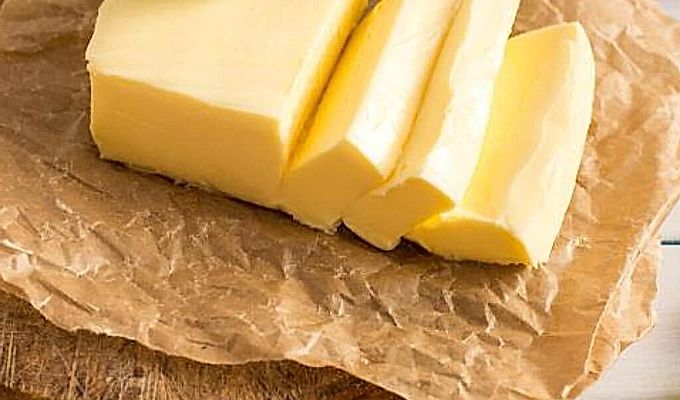 Butter is obtained mainly by churning cream, and on an industrial scale it is produced by separating [1] milk, so natural is really expensive.

It is one of the most common foods that people around the world use in cooking. The recipe for making butter has been known to mankind for a very long time, since this requires only milk, which was always in abundance. To this day, in India, it is used not only for culinary purposes, but also for creating various medicines, adding medicinal herbs to it.

According to history, butter dates back to 2000 BC, at least as evidenced by ancient records found in India. However, for the first time, the production technology was developed by the Jews, and mentions of it are found even in the Old Testament. In ancient times, the presence of butter in the house meant that the family lived in abundance, since it was a rather expensive product due to the technology of its production.

According to historians, already in the 5th century butter was widely used in Ireland, and records from the 8th century indicate that the sailors of Norway took it with them on a voyage. In Russia, it gained wide popularity closer to the 9th century, and at about the same time, oil appeared in Italy.

On the territory of Russia, for the first time, they began to produce its new type - ghee, which got its name due to the production process. To make it, they took cream, which was previously heated in an oven, then they were knocked down, and then thoroughly washed with cold water. Such a pure product was stored very little, and to extend the shelf life it was reheated again, and then again washed with cold water and reheated again. Ultimately, it was divided into two layers, where the upper one consisted exclusively of natural milk fat, which was cooled until it began to crystallize. The result was ghee, which was exported to other countries. 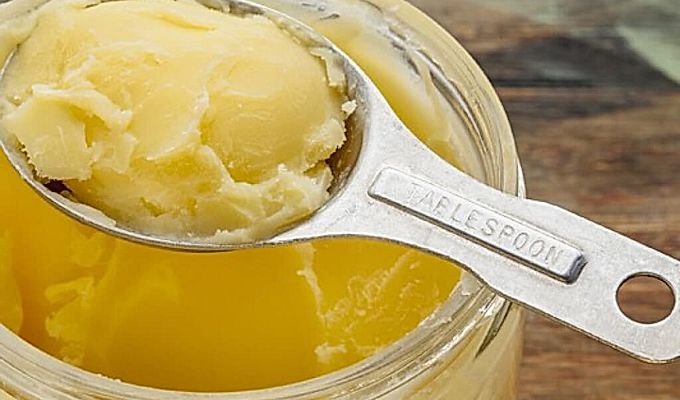 In Russia, the industrial production of butter began only in the 19th century, when it became available to the majority of the population. It was at that time that there were a large number of factories that were engaged in its production: there were more than a hundred of them. From that moment on, Russian butter has been used not only by compatriots. It is sent for export, as it is in great demand. In particular, one of the best types is considered to be Vologda, which has a slight taste of walnuts and is prepared on the basis of milk, which is boiled before use.

Our ancestors were also firmly convinced that butter is extremely useful, and in this they were not mistaken. In particular, butter contains a high concentration of vitamin A, which is not found in any type of vegetable oil. Approximately 50 g of oil per day can replenish one third of the required norm in this vitamin, which supports the immune system and improves vision. In addition, due to its fat base, butter helps the absorption of vitamins such as vitamin E, vitamin D and B vitamins, which need natural fats for complete absorption [2] Oleic acid, which is found in butter. Helps the body in the prevention of cancer.

In addition to vitamins, it contains more than 150 fatty acids, among them 20 are irreplaceable, that is, those that the body cannot produce itself and must receive from the outside. The oil also contains sodium, zinc, manganese, copper, iron and calcium [3]

Natural oil is very high in calories, 100 grams of the product contains from 660 to 730 kilocalories, so it must be consumed in a limited amount by people who watch their figure. This does not mean that you need to completely exclude it from your diet, but it is imperative to take into account its high calorie content.

How to choose and store 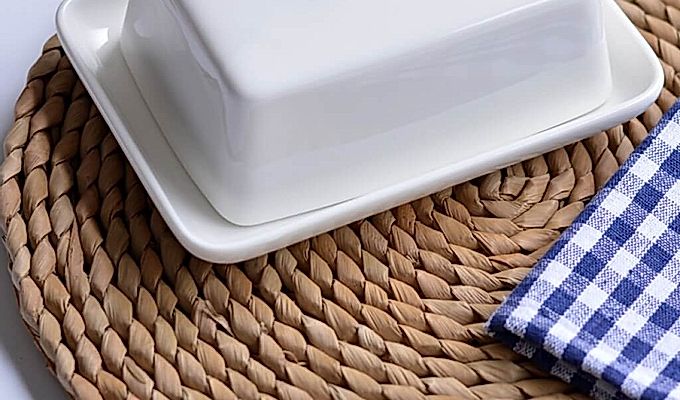 Try not to buy butter that is wrapped in parchment. The fact is that in this case, direct sunlight falls on the oil, as a result of which it oxidizes and loses its beneficial properties. Better to give preference to one that is sold wrapped in foil.

If you bought oil and it turned out that sunlight fell on it for a long time, and the top layer turned yellow and dull, you just need to cut off this layer and discard. The rest is quite usable.

Of course, it is best to store butter in the refrigerator, or at least in a place where the temperature does not exceed 12 degrees. Give preference to dark places, because, as already mentioned, sunlight has a detrimental effect on the product.

It is not recommended to use clean glass for storage; it is better to give preference to ceramics or porcelain. The fact is that oil in glass quickly loses its beneficial properties.

You can make ghee yourself: you need to gently heat the butter, preferably in a water bath, so that it becomes liquid.

Due to its neutral and delicate flavor, butter has gained popularity, including with the use of additives. For example, juices from fruits and berries, cocoa and chocolate were often added to it to obtain a chocolate variety, and even honey.

The benefits of butter 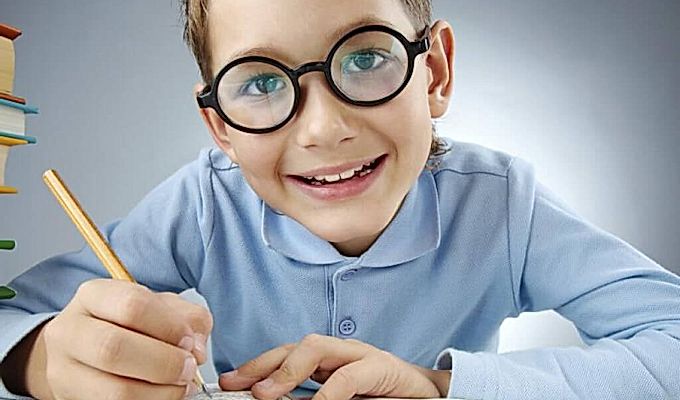 When consumed in reasonable amounts, butter is very beneficial for the functioning of the gastrointestinal tract and provides it with all-round support. On the one hand, the vitamin A it contains helps to heal minor wounds, on the other hand, the fat it contains acts as a lubricant for the esophagus, significantly improving its functioning.

Butter is extremely useful for people who live in harsh climates, as it is a source of not only vitamins, but also a large amount of energy, while being a completely natural and easily digestible product.

It is very important to add it to the diet of children, since the fats it contains help to renew cells, including brain cells, which increases the child's mental activity.

Butter contains a large amount of fat-soluble vitamins, as well as cholesterol, which is vital for our body [6]

All these vitamins are fat-soluble, that is, in order for the body to assimilate them, natural fats are needed, which are just enough in butter [7] 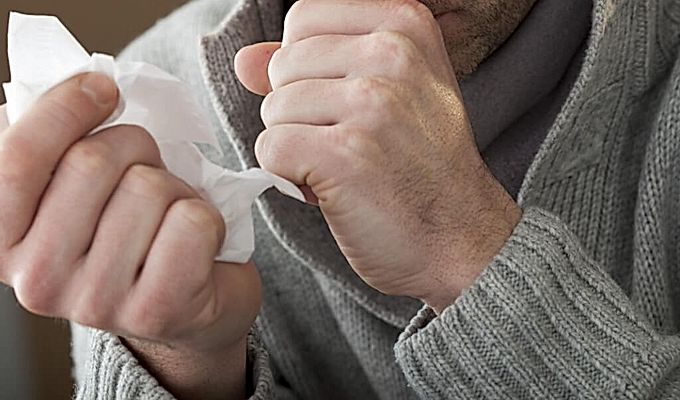 In folk medicine, it is recommended to give butter to children who have teething. To reduce these unpleasant sensations, it is enough to smear the child's gums so that he does not feel discomfort for some time.

If you have a dry cough or have blood when coughing up, traditional medicine recommends consuming it with sugar to relieve the condition. In addition, the combination of butter and sugar acts as a diuretic, allows you to remove excess fluid from the body and cleanse it.

If you have a rash on your body, for example, with shingles or hives, you need to lubricate the skin with butter to relieve the condition.

If you suffer from diarrhea, consume it with wine. With dysentery, pomegranate juice and a little butter help well.

Our ancestors used butter as a cosmetic product. If you melt it and apply it on the skin at night, it will become more tender and elastic, and will also be saturated with useful substances.

For the prevention of colds, butter with lemon is used. To do this, you need to take the juice of half a lemon and 150 g of oil, mix, add salt and herbs and consume one teaspoon every day. Garlic oil has the same effect. For him, you need to take 150 g of the product and 10 grams of garlic, mix and also use a teaspoon.

Most nutritionists agree that butter is necessary for regular consumption in small quantities, as it contains high quality animal fats and helps the body to better absorb many beneficial elements [8]

However, when it comes to benefits and harms, opinions differ. For example, one well-known scientist from the UK strongly insists that butter should be eliminated from the diet altogether. He cites a whole list of harmful properties and claims that just because of its regular use in the UK, about 200 thousand people die each year. 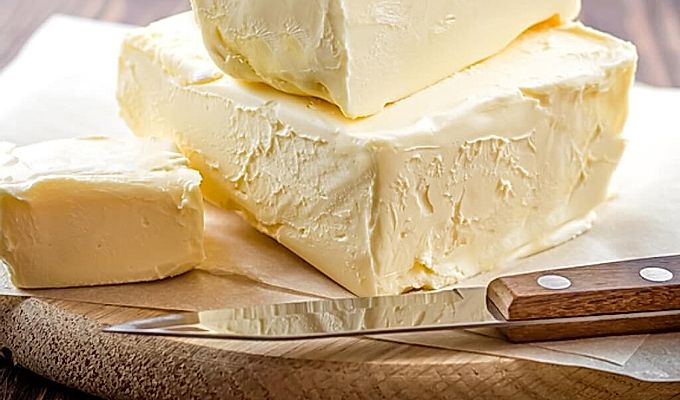 It is for this reason that he proposes to completely replace butter with margarine or herbal counterparts, and to exclude natural fatty milk from consumption forever [9]

However, most scientists believe that it is actually very useful, at least if used in moderation. Moreover, it is even necessary, as it saturates the body with useful substances and helps to assimilate many vitamins [10]

Some nutritionists insist on the obligatory use of a small amount of oil every day for an adult, since fatty milk is often poorly absorbed by an adult's body, but butter is very good [11]

This is especially true for the elderly, who may have some problems with the absorption of dairy products. According to scientists, for an adult healthy person, only 10 grams of butter per day is enough, but in general, an amount of up to 30 grams is considered harmless.

Features of use at different ages

The substances contained in butter help the development of the hormonal system, therefore it is very important to introduce it into the diet of children and adolescents who are just beginning to develop a hormonal base.

Until about 40 years of age, it must necessarily be present in a person's diet every day, and after 40 years, it must be consumed in small and strictly individual doses, depending on your state of health.

It is important to remember that after 40 years, the body no longer needs to actively support the hormonal and reproductive system, and the cholesterol contained in butter can lead to atherosclerosis.

This means that after 40 years, you need to reduce the consumption of various animal fats (not only butter, but also other types). However, this is not a reason to abandon it altogether.

If you do not follow the daily allowance, which is only 10 grams, exceeding it can eventually lead to the formation of plaque in the blood vessels due to the high cholesterol in the blood.

BTS's agency has addressed copyright issues raised about “Butter.” Previously, it was brought up on online communities that a part of “Butter” has the same melody as a part of Luca Debonaire's song “You Got Me Down” from 2020.

butter. The global sensations, who rose to fame as K-pop superstars, released “Butter” on Friday. Within hours of its premiere, the song's music video racked up tens of millions of views. It's the second song from BTS released entirely in English .

And today, somebody somewhere somehow realized that the BTS song “Butter” sounds a lot like a song from the 1992 NES Konami game, Monster in My Pocket . (Thanks, AllKPop.)