Food Cow or soy:
Should an adult drink milk? 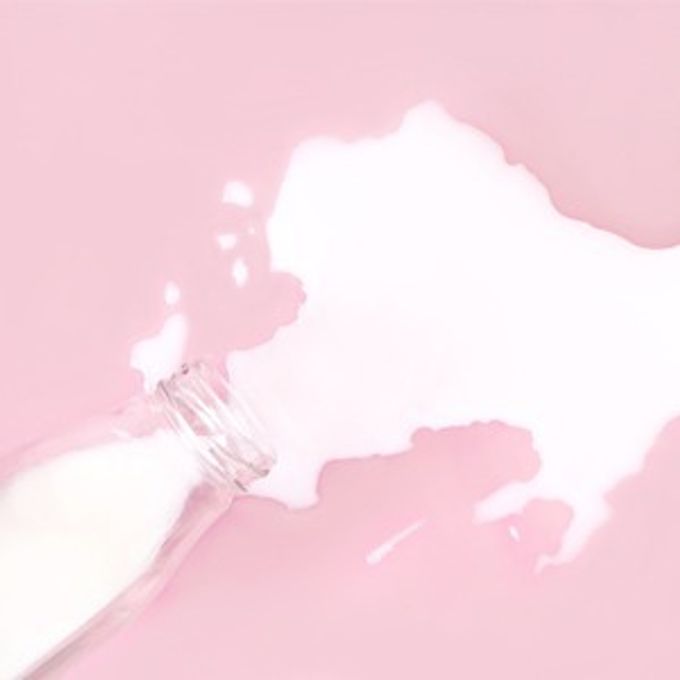 Are plant-based milk substitutes healthier than cow's or goat's?

In cafes and bars, the demand for vegetable milk substitutes is growing, according to various sources, it ranges from 75% to 79%, and among American Indians and Asians it even reaches 90-100%. The Eastern Slavs were lucky in this sense: only 16–18% of them do not digest lactose.

In any case, it is better to get a conclusion about enzymopathy, or intolerance to a substance, from a doctor: intuition can fail, besides, there has been a lot of noise around cow's milk lately. Scientists are suddenly talking about its connection with the risk of diabetes, obesity, cancer and other unpleasant conditions, and many parents are questioning the need for cow's milk in the diet of children, choosing healthy plant-based alternatives - from almond to soy. It's time to find out if cow's milk has advantages over vegetable milk and whether it can be excluded from the diet without harm to health. 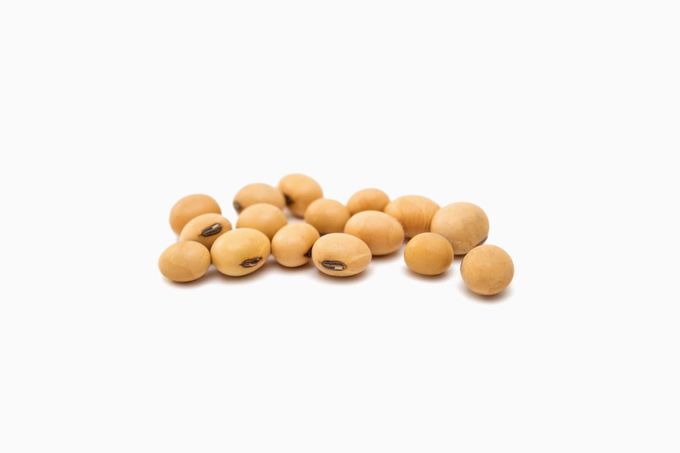 Most mammals, which we are, feed on mother's milk after birth: it contains all the necessary vitamins and minerals. However, as soon as the cub gets on its feet (sometimes literally), breast milk is replaced by an "adult" diet. But is cow's milk really necessary for a child and an adult? We have known since childhood that milk is an important source of calcium, vitamin D and protein. One glass of milk (200-250 g) contains as much protein as 30-40 g of turkey (about the amount of meat needed for a turkey sandwich, which nutritionists recommend as a quick and healthy snack).

With the same glass of milk, adult men and women get about
28-29% of the daily value of calcium and more than 30% of the recommended amount of vitamin D. With the current well-founded craze for sunscreens that minimize the synthesis of vitamin D in the skin, we would do well to get as much of this vitamin from food as possible. The Russian Department of Health and the US Department of Agriculture recommend 2-3 cups of low-fat dairy (this includes milk). According to the English system of measures used in the United States, one glass is 8 fluid ounces, or about 227 g, and in the metric system adopted in most countries of the world, a glass is equal to 250 g.

Plant-based alternatives to milk also contain beneficial substances, albeit in different proportions. Cashew and almond milk contains enough vitamin D, and calcium may be higher than cow's milk, although these drinks contain less protein. As for soy, coconut, rice or oat milk, it all depends on the manufacturer. Soy milk usually contains as much protein as cow's milk, and some manufacturers add calcium and vitamin D to the drink. Rice and coconut milk contain less protein than soy milk, but these products are often also fortified with calcium and vitamin D. However, synthetic vitamins can be treated differently: there is evidence that they are inferior to organic ones. In general, in terms of natural nutrient content, cow's milk outperforms plant-based alternatives (goat's milk has other indicators in this area).

On the reverse side of the benefit

With all the benefits of milk, its role in protecting bones from brittleness is somewhat exaggerated. In 2014, scientists from Harvard and Zurich Universities published the results of a study in which they followed 96,000 men and women for 22 years starting from adolescence. After controlling for other factors, biologists found that the amount of milk people consumed as teenagers had no effect on the risk of hip fractures in adulthood. Other studies show that exercise and body mass index have a significantly greater effect on bone health than dietary composition, as long as it is balanced.

It would seem that if the benefits of milk are exaggerated and it is quite possible to do without it, then nothing prevents you from completely switching to vegetable substitutes. But they also have their downsides. One major downside is the added sugar. This is not about the popular vanilla or chocolate milk (a glass of such a drink - based on both cow's and vegetable milk - can contain more than 20 g of sugar, and this is almost the entire daily norm for women). Even a glass of soy or hazelnut milk or yogurt labeled “original” may contain 7–10 g of sugar, the lion’s share of which was not naturally found in beans or nuts, but was added by the manufacturer for taste. Cow's milk also has sugar - about 13 grams per glass - but lactose is a naturally occurring disaccharide. According to the American Heart Association, natural sugar should be part of a healthy diet, but industrial sugar can lead to health problems if consumed in large amounts. Therefore, if you regularly drink plant-based milk, at least sometimes you should choose options without added sugar (for example, oatmeal has a natural sweetish aftertaste).

As for soy milk, it has its own peculiarity: it contains inhibitors of enzymes responsible for the breakdown of proteins. If soy products predominate in the diet for a long time, the blockade of pancreatic enzymes can lead to the fact that the body will start to work "for wear and tear", producing additional amounts of enzymes, and pancreatic function will be impaired. Many people prefer soy milk and other plant-based options due to their lower saturated fat content compared to cow's milk. This is not entirely justified: modern research suggests that fat is not at all such a sworn enemy as it used to be, and besides, you can always choose low-fat dairy products.

Of course, cow's milk is not a superfood either. Firstly, milk itself contains almost no iron, and the calcium in it prevents the absorption of this trace element (although this also applies to vegan alternatives enriched with synthetic calcium). In this regard, many pediatricians believe that cow's milk is not at all indispensable for children: when a child consumes too much cow's milk, he is quickly satiated and subsequently eats less food rich in iron (for example, vegetable and fruit purees, cereals. At an older age - and meat). According to American pediatrician Natasha Burgert, this explains one sad pattern: of all age groups, children aged 1 to 3 receive the least amount of iron per day. Of course, the iron content is more likely not a minus, but a feature of the product (in the same way, the low protein content in soy milk is not a drawback).

Is milk linked to cancer?
and other diseases

A number of scientific observations have shown that people who drink a lot of milk have an increased risk of developing cancer. These studies are difficult to interpret when it is not known what factors besides the love of milk were taken into account. Cow's milk does contain the growth hormone IGF-1, which has been associated with an increased risk of cancer, but most scientists believe that the effect of milk on IGF-1 levels in the human body is negligible and not a cause for serious concern. However, as a precaution, some doctors recommend limiting the daily intake to two glasses.

Another growth hormone often feared by milk drinkers is recombinant bovine growth hormone (rBGH), which is injected into cows to increase milk production. On the one hand, according to some data, there is no difference between the milk of ordinary cows and the milk yield of animals “on injections”, in addition, the body of a cow produces rBGH naturally. On the other hand, it is known that cows injected with growth hormone are more likely to develop mastitis - inflammation of the mammary gland - and this must be eliminated with powerful antibiotics. With regard to the risk of diabetes, the vast majority of cases in statistics occur in children under 1 year of age, who consume cow's milk in large quantities. It is not recommended by the American Association of Pediatricians and most national pediatric doctors.

Against the background of such data, one advantage of soy milk is especially encouraging. A study by American scientists published in 2010 showed that women who consumed soy milk in their teens and adults had a lower risk of cancer than others, a 1-2 cups of products containing soy. A day can protect children and teenagers from cancer in the future. Such conclusions are made in connection with the content of genistein: this substance, contained in soy, increases the level of anti-oncogenes BRCA1 and PTEN - genes whose products prevent the formation of tumors, as well as the caveolin-1 protein, which, according to many scientists. It is also a tumor growth suppressor.

Balanced diet -
with or without milk

The indispensability of cow's milk is exaggerated, but information about its harm to health, apparently, is also inflated. The same goes for herbal alternatives. All problems arise only from an excessive amount of food in the diet, but few of us drink two liters of milk a day - no matter cow, goat or rice. However, compared to plant-based options, cow's milk often contains fewer artificial additives and is often more nutritious than vegan options, even when pasteurized. By the way, pasteurization does not harm health in any way: heating according to the Pasteur method is designed to disinfect the product and extend the shelf life, while retaining most of the useful properties.

When compiling a diet, determine what place in it you are ready to take milk. Depending on what is more important to you in this drink - less fat or synthetic vitamins, more protein or iron - cow or goat, soy or almond can be an ideal choice. However, the main criterion, of course, will be taste. There is no need to worry if you do not like dairy products or refuse them for health or ethical reasons: provided a balanced diet that has the most nutrients. Without cow's milk, neither adults nor children lose anything.